If you’re not entirely sure about what an Audio and Acoustics engineer does, then let us introduce our very own Peter Kenny MinstSCVE. 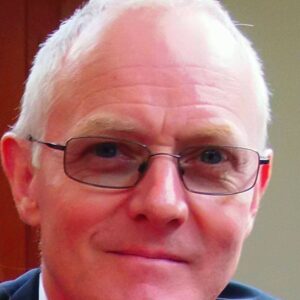 Also, rest assured that you’re not alone. Whilst many people can contemplate the importance that light has in a building very few think seriously about sound. But that’s beginning to change and these days getting an acoustic survey carried out is becoming increasingly necessary (you may be shocked by the results – you have been warned).

Peter Kenny, a member of the Institute of Sound and Communications Engineers, joined us here at TFG at the end of last year, and has been keeping busy since then addressing the sound issues faced in a range of buildings in all sectors from ecclesiastical, through theatre to commercial where occupiers have realised that things are just not right. Peter has worked for most of the past 40 years in audio, with his speciality being the assessment of a given enclosed space and the effect of it upon sound as we perceive it: where that sound could be speech intelligibility or musical clarity; live or reproduced. It’s astonishing how much of our lives and wellbeing are affected by acoustics! Crucially, whilst significant differences can be achieved through equipment selection followed by intelligent programming and calibrating of systems by an experienced engineer, electronics can never rectify unsuitable acoustics which is where we can help.

Think about a space – any space, maybe the room you’re in now reading this. The sound in that space comes from multiple sources. Firstly there’s background noise, maybe the sound of air conditioning, noises from outside the room, and noises from people in the room. Next there’s the audio which we purposefully introduce into the room via microphones, amplifiers and loudspeakers.

It’s this audio signal which we want you to hear correctly and clearly. There are also additional reflected sounds that eminate from the original source – but usually later and from different directions – so the combination of primary and reflected audio plus external noises as the soundwaves bounce around the room are variously reflected or absorbed as part of the journey of those soundwaves travelling towards your ears.

All sound travels at the same speed, but not all sounds are equal.

The energy in a soundwave is determined by its frequency (think of the pitch: high or low), which is measured in Hz or kHz for very high pitched sounds, and its intensity.

So, it’s important to measure the power of the sound (this is reported as decibels or dB), the frequency bands of external noises and the reverberation, which we do by measuring the time it takes for a sound to decay by 60dB from its original level (at longer than than half a second it may start to sound like a distinct echo to some listeners).

For more about how sound performs in your spaces, contact us now to arrange a survey and a report hello@tfg.com